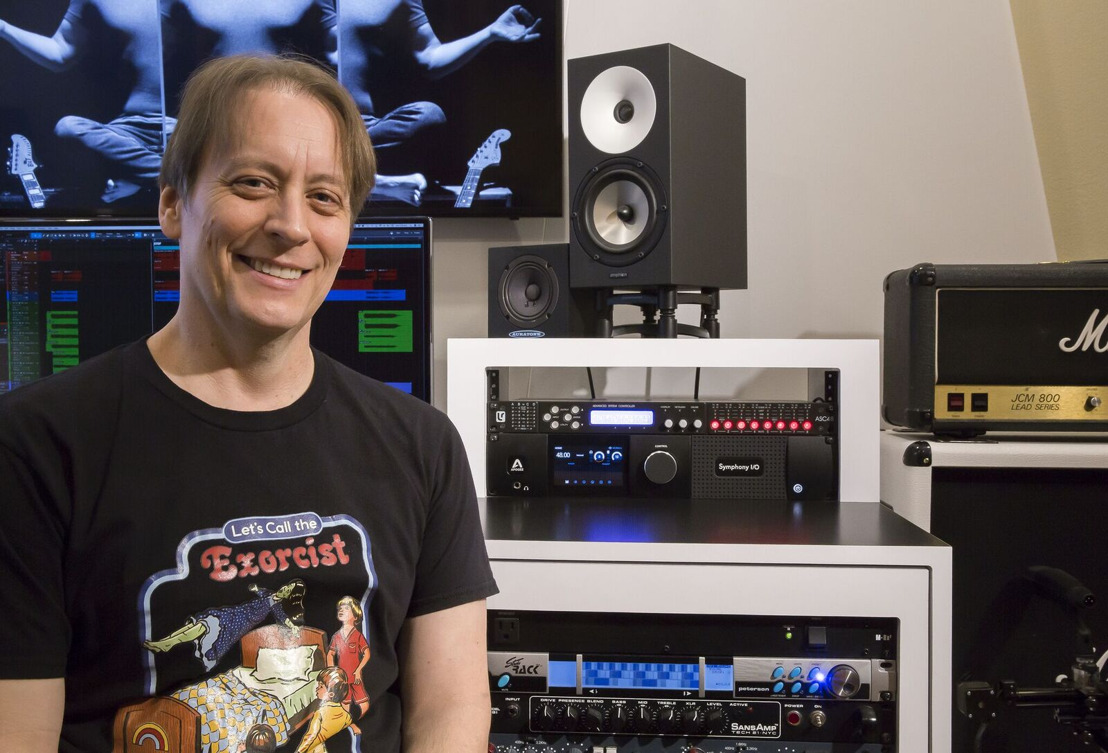 Scottsdale, AZ, April 23, 2020 – Since 2007, Composer/Producer Steve Ouimette has become an in-demand composer/producer with a wide range of credits stretching across the film, television, and video game industries. While his original music has graced AAA titles like Call of Duty: Infinite Warfare, Ghost Recon Wildlands, and The Crew 2, he has also become known in the industry as an expert in forensic re-recordings, with over 270 tracks created for music-based franchise game series’ such as Guitar Hero, Just Dance, and Rock Revolution. A key part of his engineering toolkit for ensuring that he is faithfully capturing all the details in these re-recordings are his Amphion One18 monitors, which have become a trusted part of his studio setup.

Musical Forensics
Ouimette first became involved in forensic re-recording – the act of accurately recording a new version of a song to match the original when the recording masters are unavailable -- when he was hired to work on Guitar Hero 3 in 2007, a culmination of a lifetime of listening to and obsessing over the sonic details imbedded in his favorite songs. “I used to drive my bandmates and music teachers nuts because I was more interested in trying to nail the sounds of my favorite records than stand around and jam,” he said, “It ended up becoming an obsession that paid off.” After acing his audition with a faithful recreation of ‘Schools Out’ by Alice Cooper, Ouimette became a go-to producer for the series, recording dozens of re-recordings and originals for the series.

“Forensic re-recording is something of a black art that requires a few different skills,” he explained. “In addition to knowing the history of how these records were made so that you can accurately recreate them from a sonic standpoint, you also have to be able to listen very carefully for the minute details that ultimately are the things that define these recordings for the people who love them.”

For the task of ensuring that he’s hearing all of these details, Ouimette favors Amphion One18 speakers for his main studio monitors. “They are completely transparent without feeling clinical, which is very important in this line of work,” he said. “When you’re trying to disseminate what’s going on in a track, you can spend hundreds of hours listening to something to try to expose different elements of the mix. What I liked about the Amphion One18s right away was that they were honest while still being enjoyable to listen to, so I could listen for a long time without tearing my ears off. It’s a real pleasure to listen to them.”

Effortless creativity
For his recording setup, Ouimette currently runs a 2019 Mac Pro with Studio One for his DAW, using a Softube Console I Fader and Console 1 for control surfaces, as well as Native Instruments Komplete Kontrol S61 MK2 for MIDI.  For inputs he favors a UTA Undertone Audio MPDI44, Aurora Audio GTQ2 and an Apollo 8XP. In addition to using his Amphion One18s for monitoring, he also has two pairs of subwoofers and a Linea Research ASC48 DSP to tune the room for the best bass response. He utilizes a variety of classic microphones, amplifiers, and guitars for both his re-recording and original work.

Ouimette does the majority of his composing and production work in a private studio based in Scottsdale, AZ.  He hired studio designer Alex Otto in 2017 to redesign the space when he first started work on his original soundtrack for Ghost Recon Wildlands, a project which required him to compose authentic corridos for the game’s characters, as well as a variety of in-game and incidental music. The combination of his new studio and his recently purchased Amphion One18 monitors ultimately helped to fuel his process. “It was the first time in a long time that I didn’t have to fight the room, and the combination of the new studio and these effortless speakers really helped to bring the project together,” he said. “I had so much fun working on it because I could finally hear everything, and it kept my creative flow going.”

“What’s funny about doing all of this is I’m basically just a grown-up version of my kid self,” he said. “I’m still working in my room, studying recordings, and making music. All of these experiences have been fantastic though, and I kiss the ground every day because I’m really living the dream.” 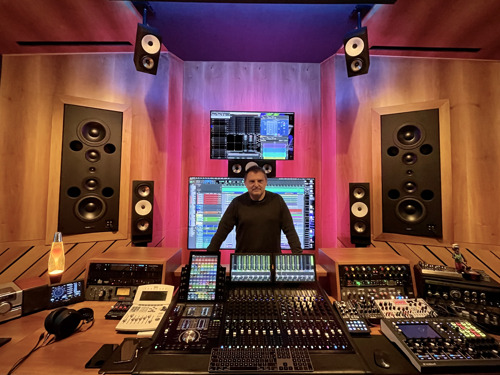