Winter Park, FL, February 24, 2020 – As a longtime producer and mix engineer, Full Sail University’s Advanced Recording Course Director Darren Schneider has spent his career recording and mixing larger-than-life talents. His long list of credits includes heavy rockers like Deep Purple and Trivium, chart-topping pop acts like The Backstreet Boys and Britney Spears, and fiery gospel acts like Tye Tribbett, Koryn Hawthorne, and Donald Lawrence. Key to his success in working with these artists has been his ability to create what he refers to as a ‘believable sonic portrait’, one that captures the humanity and immediacy of the music while still providing depth and detail for endless repeat listens. His latest weapon of choice for bringing forward this music has been Amphion Two18 monitors, which have given him the clarity and honesty that he needs to focus on what matters.

At the forefront
Schneider’s career began immediately after he graduated from Full Sail University in the early 1990s, when he found himself working with legendary hard rockers Deep Purple for one of his first professional projects. The experience gave him an appreciation for the power still inherent in live instrumentation while working in close quarters with the veteran band, as well as the important dichotomy between the artists as seen on stage versus the musicians working in the privacy of a studio. “I was probably one of the last guys in the industry to be mentored by a mega band like this,” he explained. “I was learning how to mic drums with Ian Paice, keyboards with John Lord, there weren’t any assistants allowed in the room. Not only that, but I was seeing these incredible musicians in their safe zone and they were willing to trust me to do what was right in the moment to get the best possible sounds.”

At the same time Schneider was also at the epicentre of the new pop and R&B sounds coming out of Orlando, Florida, working on projects with DJ Magic Mike, 7 Mary 3, and The Backstreet Boys. He became well-versed in the hit-making techniques of radio-ready pop, and quickly realized that a bridge could be built between the passion and energy that he admired in performance with the emerging digital technology that was being used to make contemporary, chart-topping pop. “As an engineering culture it’s important to bridge the analog and digital worlds so that you’re getting the best that both have to offer,” he said. “When both of them are working in tandem where you’re getting the convenience of digital with the realness of analog, that’s where the real magic can happen.”

A big part of that magic for Schneider is bringing those elements together for the purpose of believability, something he sees as key to the success of any recording. He’s quick to note that how music is recorded -- for example close-micing a guitar cabinet from a foot away -- is not at all like how most people listen to it, and that creating the proper sonic portrait requires being aware of all of these elements in real-time and balancing them appropriately. “There’s a real artform to making sure that you’re building a real experience out of very direct signals, which is not how most people hear music,” he explained. “You want people to be able to hear this music and be able to believe that a real thing is happening.”

Precision tools
As Advanced Recording Course Director at Full Sail University, Schneider has had the ability to test out all of the latest recording gear in his studio setup to ensure that he’s using the best possible tools to create the believability and realness that have been key to his best work. This is why he has recently adopted the Amphion Two18 monitors and the matching Amphion power amplifier into his near field integration setup, a process that involved him testing out dozens of models of speakers. “I have the advantage that most human beings don’t in that I can demo any speaker model made,” he explained. “I had Chris from Vintage King send me everything they had for me to try out, and I was looking for something that would give me clarity, space, and depth.”

The search was over once Schneider heard his first pair of Amphion Two18 monitors. Although Schneider notes that many of the models he tested sounded good, the Amphion Two18s were the first that sounded honest; a distinction which he said makes all the difference when mixing. “It’s like a surgeon’s tool in how precise and accurate they are, and if you have a mediocre mix, you’re going to know it right away,” he said. “Almost as soon as we’d hit play on the test track I said, ‘We’re done’. It was that instant.”

“The ability to control the sonic picture with these speakers is totally different from any other speaker I’ve ever heard,” he continued. “As a mix engineer you are constantly struggling with having space and depth in your mixes and hearing what you need to hear to place things properly. Often different speakers won’t be giving you the full picture. With these I’m able to hear all that information exactly and placement is much easier. It’s almost as if the speakers get out of the way so I can get my work done.”

Schneider has also noticed immediate benefits to his mix translations as well, noting that since adopting the Amphion Two18s that he’s had to do less revisions with clients. “I had to get used to hearing them at first, because suddenly I was hearing all the things in my mixes that needed to be fixed,” he explained. “Once I was used to them though, I realized how much easier they made it to make the right decisions from the get-go, and now when I have a great mix not only does it sound astonishing through these, but I know that it will work.” 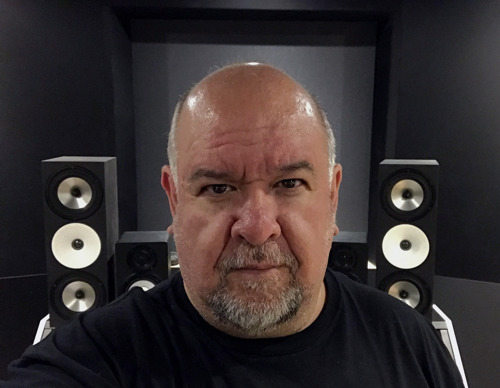 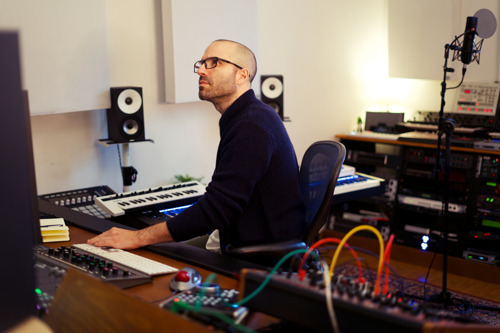